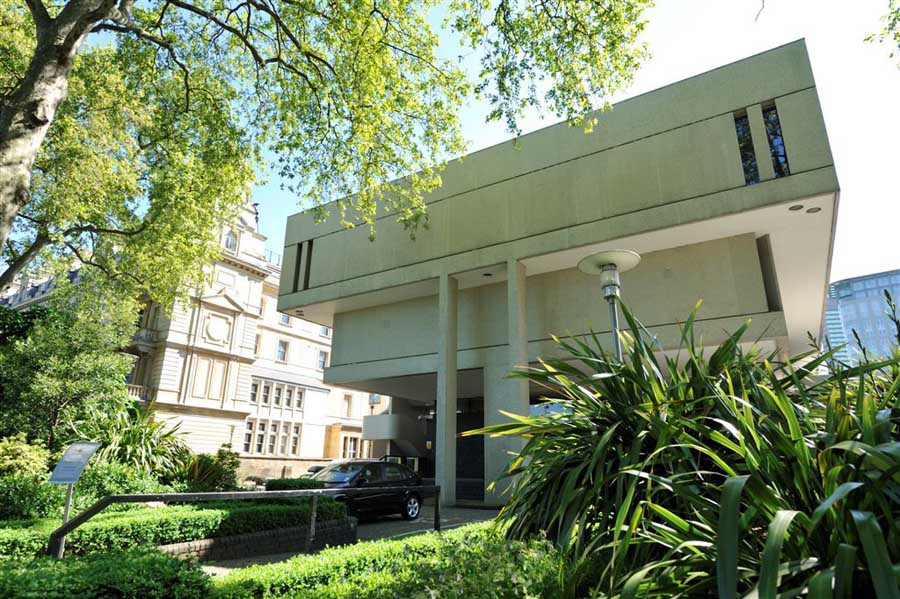 The Royal College of Physicians, London

The Royal College of Physicians of London was founded in 1518 as the College of Physicians (it acquired the 'Royal' prefix in 1674) by royal charter of King Henry VIII in 1518 - the first medical institution in England to receive a royal charter. The college has been continuously active in improving practice medicine since then, primarily through training and qualifying new physicians.

The College building itself is notable. It was designed by architect Sir Denys Lasdun in 1964 and has since been recognised as a building of national importance: it is a Grade I listed building, one of a very select band of post-war buildings sharing this distinction. Lasdun's use of mosaic clad concrete was extremely influential on many later public buildings.

Today the Royal College of Physicians is an award-winning and highly versatile venue for conferences and meetings, overlooking Regent's Park, with excellent access to road, rail and tube and is an automatic choice for the high profile Horizon Series meeting. 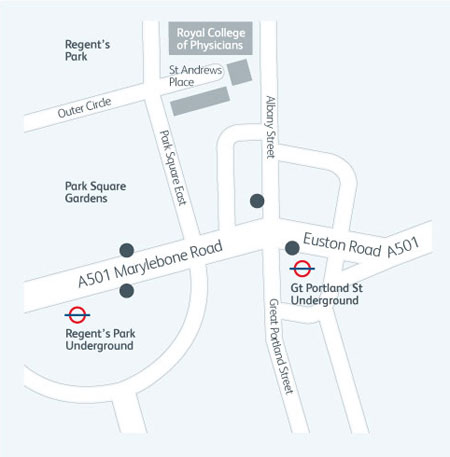 Directions The Royal College of Physicians is located next to Regent's Park in the centre of London. It is easily accessible by all forms of transport. The main entrance can be reached by approaching the Outer Circle from Park Square East and the A501 Marylebone Road.

Car parking The RCP has free car parking for disabled visitors and limited parking for event organisers. It is situated outside the congestion charge zone.

Cycle Stands The RCP has cycle stands for guests. Please enquire at reception.