Sylvia Tamale is Professor of Law at Makerere University, where she founded and coordinates the Law, Gender, and Sexuality Research Centre. She is a leading African feminist lawyer and scholar of sexuality and gender. She holds a Bachelor of Laws from Makerere University, a Masters in Law from Harvard Law School and a PhD in Sociology and Feminist Studies from the University of Minnesota. She has been a visiting professor at several academic institutions around the world, currently at Leuven University in Belgium. Her research interests include Third world women and the law; Feminist legal theory and method; Gender and politics; and Gender and Sexuality. She has published extensively in these areas including her ground-breaking book, When Hens Begin to Crow: Gender & Parliamentary Politics in Uganda (Westview Press, 1999). Her latest publication is the edited volume, African Sexualities: A Reader (Pambazuka Press, 2011). She is the recipient of several awards, including the 2003 University of Minnesota Distinguished Leadership Award for Internationals and the 2004 Akina Mama wa Afrika Award for Human Rights Activism in Uganda
RE-INTERROGATING THE CONCEPT OF GENDER EQUALITY’: AN AFRICAN PERSPECTIVE
The principle of “equality” sits at the core of national and international human rights instruments, as well as at the foundation of post-industrial liberal philosophy. However, many Africans often resort to the analogy of the different lengths of the five fingers of a hand to justify “natural” inequality. Indeed, the average person on the continent is viscerally opposed to the concept of human equality. Moreover, “equality”—in the Aristotelian/Rawlsian frameworks—is viewed as a concept imported from the West and therefore suspect in its intentions. Needless to say, recourse to the 5-finger analogy is the weapon of those who seek to justify hierarchy. This is especially true of the case of gender equality; most people (both men and women) simply do not believe that women should or are meant to be equal to men or that women deserve equal treatment with men. Such a visceral resistance to equality stems from hierarchized cultures and religions that are deeply internalized through every day practices and propped up by various systems and institutions of power.
Given the above tensions, if the legal concept of equality is to resonate more firmly with African people, we need to strategically and creatively re-think the manner in which it is conceptualized. We need to move away from the narrow quantitative conceptualization of equality towards a more qualitative, participatory and “Africanized” notion of inequity. This paper is by no means the first to raise this issue, but it represents a serious call for activists and scholars of gender struggles to refrain from verbalizing equality. Values such as equity, social justice and Ubuntu (humaneness) resonate much more with the traditional understandings of most African people. After all, substantive equality is about levelling the ground by addressing systemic injustices that trump the dignity and human worth of the marginalized. 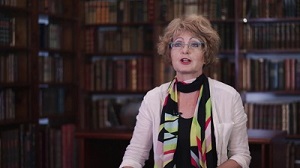 Deborah Posel is Professor of Sociology and founding director, since 2010, of the Institute for the Humanities in Africa (HUMA) at the University of Cape Town. She has been educated at the University of Witwatersrand and Nuffield College, Oxford, where she obtained her PhD in 1987. She has been a visiting scholar at Harvard University and the Ecole des Hautes Etudes en Sciences Sociales in Paris, and currently is Leverhulme Visiting Professor at University College London. She has written and published widely on aspects of South African politics and society, during and beyond the apartheid years, including The Making of Apartheid, 1948 - 1961 (Clarendon Press, 1991); Apartheid's Genesis (Raven and Ohio University Press, 1994), with Phil Bonner and Peter Delius; Commissioning the Past: Understanding South Africa's Truth and Reconciliation Commission (WUP, 2002), with Graeme Simpson. A leading scholar of modern South Africa and the culture/history of Apartheid, her current research addresses the interconnection of consumerism and material history with race in the colonial and postcolonial setting as well as the anxieties and contradictions entailed in conceiving of consumerism in racialised terms.
EXPERTISE, EMPATHY AND RACE: VISTAS FROM THE SOUTH AFRICAN TRUTH AND RECONCILIATION COMMISSION
In this lecture, I revisit the South African TRC, with a specific interest in the question of expertise: who was deemed suitably qualified and positioned to undertake the onerous task of making sense of South Africa’s brutal past, and why? What were the epistemological assumptions underlying these judgements? How did the country’s history of race thread through it? While focusing directly on the TRC, these issues – and the ways in which the TRC sought to deal with them – are obviously of wider resonance, not least in relation to the impact of identity politics in universities (and in the public sphere more generally), and the prospects of mutual understanding.